They aren’t the delicate and fragile people that you might think they are. They just have their preference and that preference goes along the lines of “I don’t like crowds”. Sort of.

Introverts are just normal people who don’t really like to socialise, not because they can’t. They just prefer to keep to themselves and talk to people that they know instead of making friends. Still, if they have to, they ARE going to make friends and they will even be the best of it.

But having an introvert friend or family member and not used to it? It can take a lot of getting used to, especially when they just like to bail on you when you are supposed to hang out, or when they DO show up they just end up being quiet in the corner and not really participate.

Don’t worry too much. Despite how they look like when hanging out with you, they are actually having fun. Somewhat. Well, as much as someone who doesn’t like huge groups can have fun, at least. Actually, the fact that they even SHOWED UP despite knowing there’s going to be a huge crowd is actually proof enough that they like you.

Still, as much as they might like you and cherish you as their precious friend (introverts treasure the friends that they have more than you think), you might need a few tips so you don’t accidentally drive them away.

Never interrupt them when they talk

When they talk it means they have spent a lot of time with their thoughts to say the things they want to. If you interrupt that by filling in the gaps of the awkward pauses, it’s not only going to put them off and insult them, it will also discourage them from finishing their thought.

Come on. They like silence and alone time. Don’t expect them to suddenly contact you. They prefer it when they aren’t talking or contacting anyone most of the time. That doesn’t mean they’re self-absorbed, it just means they have better things to do than just be on their phones all the time.

Ease up on the random surprises

They prefer it if their plans to staying in for the night isn’t interrupted. If you want to hang out with them, tell them in advance.

Never force them to talk

How would you like it if you were forced to talk in front of people? Don’t do it, pal. That’s like the number one rule regarding introverted friends.

Talk to them about YOUR feelings

They don’t really like to share their own feelings. Don’t ask them about it, instead talk about YOUR feelings. They are great listeners.

A lot of people overwhelm and exhaust them.

Never make fun of their nature

Just don’t. It’s not nice to make fun of people in general.

Don’t ask them to explain about their introversion

They don’t owe you an explanation as to why they like things the way they prefer.

Tell them why you like hanging out with them

As much as they say NO to most of the parties you invite them to, they actually really do appreciate if their company is wanted.

Again, they aren’t fragile so don’t be TOO careful around them

Introverts aren’t disabled people of people with mental illness. They are just normal people like you but have different preferences. 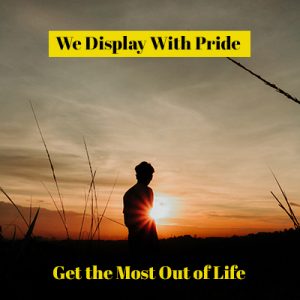